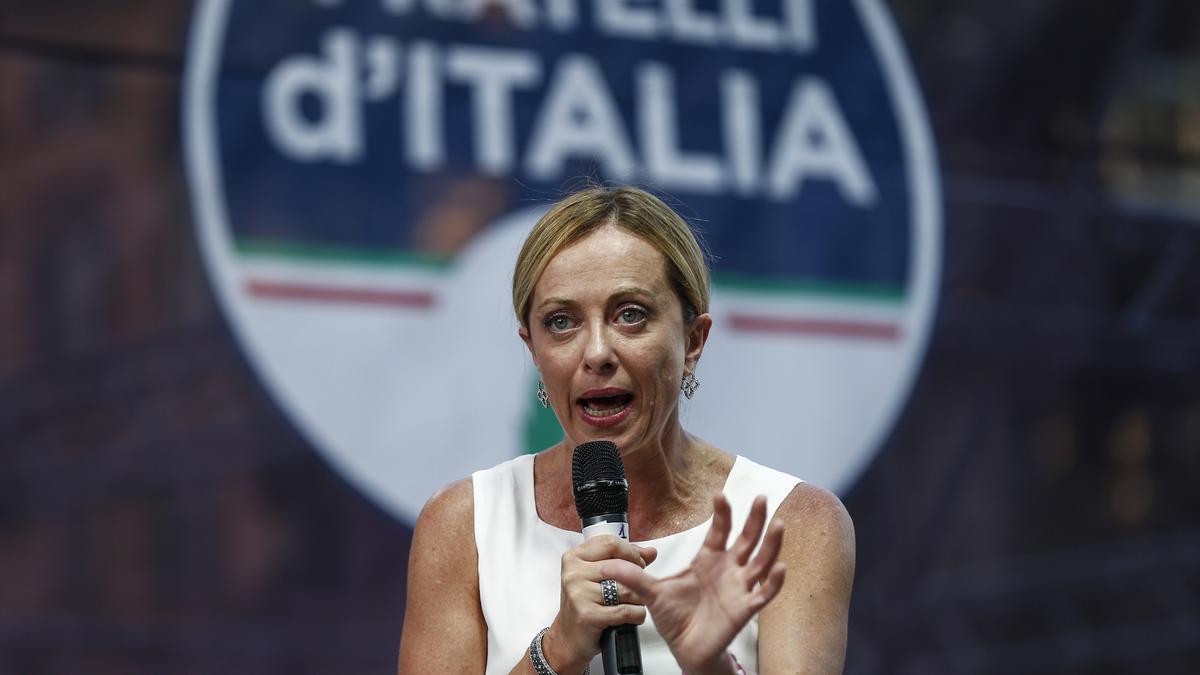 To the father of Giorgia Meloni also stung his political poison. the input of Francesco Meloni Incrocci to the world of ideologies and elections materialized in Majorcawhere he appeared twice in the regional elections. She did it under the umbrella of training Citizens in Whitemore civic platform than traditional party. Its objective was to obtain the computable blank vote and the reform of the electoral law.

In 2007, the father of the far-right leader and winner of the Italian elections last Sunday appears on the lists of the aforementioned formation for the elections to the Balearic Parliament and the Consell as number 9. The party that aspired to change the system, with Aquiles Antonio Balle Blanes as a candidate, garnered 1,216 votes in the legislative chamber and no seats. In the Consell, he got 937 votes.

Franco – that’s what everyone called him – moved up in the following Balearic elections: in the 2011 lists he appeared as number 5. Ciudadanos en Blanco improved his results. They obtained 3,163 votes, being just behind Esquerra Republicana. The name of Francesco Meloni also appears in the municipal elections of Palma in 2011 and in the lists for the Senate of the formation Scones in White for the November 2011 general election.

Meloni moved to Spain in the 1980s. He settled on the island of La Gomera, where he left a deep mark. Even the neighbors remember him. “He ran the Marqués de Oristano restaurant,” a native of San Sebastián de La Gomera who requests anonymity tells this newspaper by telephone.It was the typical establishment where a broad social representation of the area, contractors and the island’s high society would meet,” he says. In the early nineties, the business disappeared. He acquired the property where the island council was located, which he gave it to the UNED to set up its headquarters. Franco’s departure from La Gomera was apparently problematic, according to neighbors. He also had offspring in the area (four children) with another woman, they say. After his escape from the Canary Islands (there are many rumors about Francesco’s life in the archipelago), there are many unanswered questions. The only trace that appears of him is in 2001 in a limited company based in Madrid, No Fumo Más SL The track is picked up years later in Mallorca, in 2007, with his appearance on the electoral lists.

What is also known about Meloni’s father is that he had communist ideas and was an atheist. The theory is considered that opposition and revenge his daughter immediately sympathized with post-fascism. The far-right leader acknowledged in an interview that When his father died of leukemia several years ago, he felt “neither hate nor displeasure. I felt nothing, it was as if a television character had died.”.

The father of the one who can become the first woman at the head of the Italian Government he abandoned his wife and two daughters (Georgia and Arianna) heading for the Canary Islands on a ship called ‘Caballo Loco’ and never returned home. Family contact from that moment was based solely on the two sisters’ visits to La Gomera for two weeks a year. Giorgia’s trips to the Fortunate Isles ended when she turned eleven. The Italian woman remembers a hard conversation with her father and she tells in her biography what was the trigger for her to cut her bond with him in the bud: “She disappeared on a boat and left us with the couple of she. I decided that he would never see him again ».

That abandonment paid for the current political ideology of Georgia Melonifor example, his rejection of adoption for single or homosexual people. The Italian has explained on more than one occasion that if she defends the traditional family so much, it is her because she precisely grew up with that lack. His mother, Anna Paratore, is one of his pillars.