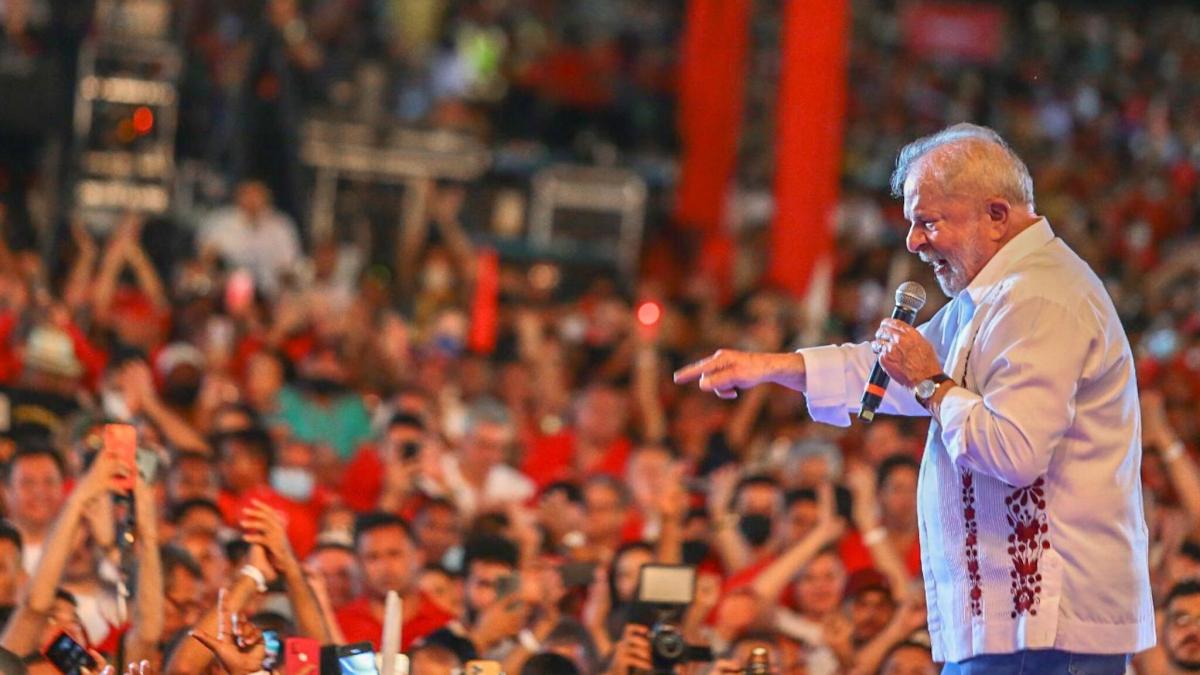 Brazil began this Tuesday the electoral campaign for the elections on October 2, with former president Luiz Inácio Lula da Silva as the clear favorite in the polls, ahead of the ruling Jair Bolsonaro.

The electoral campaign officially began at midnight this Tuesday, from which time candidates can hold rallies and make propaganda on social networks, the internet and print media, but not on radio or television, media in which the propaganda will begin within ten days.

All voting intention surveys carried out before the official start of the campaign place Lula as the clear favourite, with close to 45% of voting intentions, well ahead of Bolsonaro, who has close to 30% of support. declared.

Lula inaugurated the campaign with a video released at midnight on his social networks, in which, speaking to the camera, he asks for the vote to “change the life of the people again.”

“Hunger is back, inflation is scaring families and the minimum wage is not enough to pay for a basic basket,” said the former president in the video, titled “Lula 2022: the hope of a happy Brazil again,” evoking the bonanza of the time in which he governed, between 2002 and 2010.

Both Lula and Bolsonaro plan to hold two separate electoral events this Tuesday with great symbolic value for both.

The candidate of the Workers’ Party (PT) has announced a visit to a car factory in the metropolitan area of ​​São Paulo, a region where he began to build his political career in the 1980s as a union leader.

Meanwhile, Bolsonaro plans to start his campaign in Juiz de Fora, the city where he was stabbed during an electoral rally in 2017, a few weeks before the elections that led him to the Presidency.

“I invite everyone to participate in this civic act in favor of Brazil, in Juiz de Fora, the city where I was reborn. God, country, family and freedom,” says Bolsonaro in a video broadcast on social networks of his current formation, the Liberal Party.

The two main candidates also plan to participate this Tuesday in the investiture ceremony of the new head of the Superior Electoral Court, Alexandre de Moraes, on a rare occasion in which they could coincide in the same act.