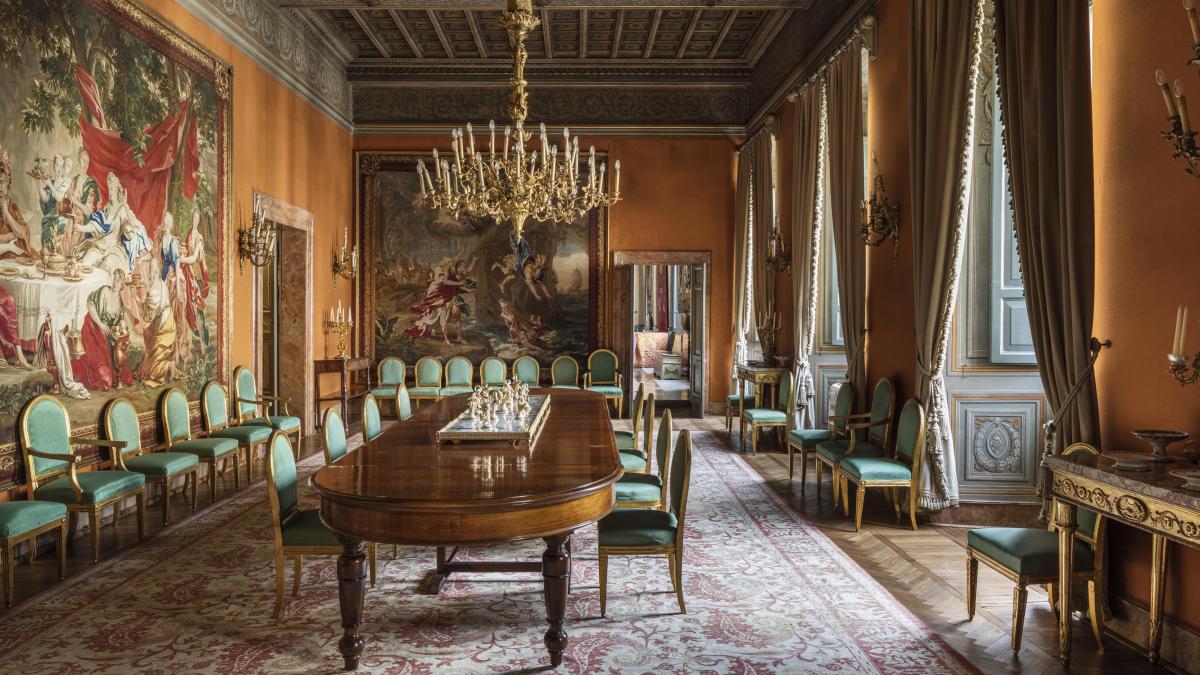 Legend has it that Fray Piccolo was a friar who fell in love with the wife of a Spanish ambassador. Upon learning of the adultery, the diplomat murdered him and walled him up in one of the corners of the Palace of Spain. And since then his soul wanders among the 14,300 square meters of the Palacio de España, headquarters of the embassy to the Holy See in the Roman square that bears his name, asking for prayers and praying to atone for his sins.

The historic journalist Paloma Gómez Borrero, who died in 2017 after a life following the popes, always said that she had seen it. She was going to have dinner at the house of the embassy minister counselor –apparently the place where the crime took place– when she got confused in front of five doors, not knowing which one was correct. Then, Gómez Borrero recounted, she saw a tiny friar by the window who, when asked, pointed without saying a word in the direction he expected. When she told the rest of the diners that a friar had shown her her way, they did not believe her and wanted to verify it with her own eyes. The friar had disappeared.

The story of Fray Piccolo is just one of the many secrets that the Spanish embassy to the Holy See holds, the oldest diplomatic mission in the world, which turns 400 this 2022 and is making its heritage known with a large program of events . They began with an installation by the artist Esteban Villalta and a conference by the director of the Vatican Museums, Barbara Jatta, but an edition of a commemorative stamp from the Posta Vaticana or the presentation of a book on the palace is planned, among other activities. They even contemplate holding an open day for small groups.

“It is a heritage that is worth preserving because it gives an idea of ​​the importance of Spain in the 17th century,” says the current patron of this house, Ambassador Isabel Celáa, as she walks through its rooms, most of which are lined with fabric from the prestigious Caserta silk factory.

The figure of ambassadors has always existed as that necessary procedure created by men to replace war with words. But the first ambassadors of modern times, in the fifteenth century, were very different from the current ones. They could only be aristocrats with a large fortune. “They were characterized both by itinerancy – they did not have a fixed delay – and by self-financing,” recalls Letizia Rodríguez, who as the personal secretary of the ambassadors for 36 years knows the ins and outs of this place like no one else.

The Catholic Monarchs appointed the first permanent ambassador, Gonzalo de Beteta, in 1480. But it was not until 1622 that the Duke of Albuquerque rented the palace to an Italian, wanted by France, the other superpower of the time, who wanted to dominate the entire square. . With the Spanish rent, both countries were barely separated by the steps of Trinità dei Monti.

Years later, in 1647, the eighth Count of Oñate, Iñigo Vélez de Guevara, definitively bought the building for 22,000 Roman shields of the time. A fortune: in those times “a family of four members could live for a month with 4 shields,” Rodríguez stresses. It was so much money that he asked for loans from a Genoese bank and Obra Pía, with the bad luck that he was only able to enjoy his new home for one year. He was urgently called to be viceroy of Naples after the revolt instigated by Masaniello against the Spanish viceregal regime.

After purchasing the palace, Spain set to work transforming it into a propaganda headquarters for national power. And he did it at the hands of geniuses like Francesco Borromini, who was working at the headquarters of Propaganda Fide, a few steps from the embassy. Borromini was in charge of the entrance gallery, the design of the monumental quadrangular staircase –it is said that this is the only case in which he abandoned circular shapes to pay homage to the straight lines typical of Spanish art–, the central courtyard and the lengthening of the two wings of the building in order to build a fourth arm. It only lasted a year and a half, and then the architect Antonio the Great, his disciple, completed it.

The Spanish Crown bought the palace in 1654. It was then that the square changed its name – before it was called Piazza Trinitatis – to Forum Hispanicum (currently Piazza di Spagna), definitively becoming a propaganda weapon of Spanish power. Only two other palaces have managed to rename squares in Rome, Venice and Florence. The rivalry with France was also disputed in the field of art. In addition to the hand of Borromini, in this palace there are two sculptures by Gian Lorenzo Bernini, a French philosopher, who reluctantly accepted. Other artistic jewels are the collection of 36 Flemish, French and Italian tapestries by Antonio de Orleans Borbón or the portraits of Isabel II by Madrazo and Fernando VII by Vicente López.

Throughout these 400 years, more than 155 ambassadors have wandered through these rooms, some with well-known surnames such as the father of Garcilaso de la Vega, Antonio Cánovas del Castillo or Ángel Sanz Briz, called the angel of Budapest for having saved more than 6,000 Jews when he was the Spanish consul in Hungary issuing false passports. The diplomatic activity of the Embassy had results such as the papal support for the Reconquest of Granada, the distribution of the New World between Spain and Portugal with the “intercaetera” bull in 1493 or the support of the Pope for the cause of the future Philip V in the War of Succession. The Palace enjoys the right of the baldachin for having been visited by Pope Pius IX in 1857 on the occasion of the inauguration of the column of the Immaculate Conception after he recognized the third of the Marian dogmas – the conception of Mary without original sin – a cause defended by Spain for centuries. “This means that the palace is up to the task of receiving a pontiff. There are many monumental palaces in Rome, but not all of them have this privilege. In fact, every December 8, the Pope is invited to go upstairs,” recalls Rodríguez.

But also, for a long time it was a vibrant cultural pole. Diego Velázquez painted here La tunica de José or La fragua de Vulcano, it is said that with embassy employees as models. The Marquis of Cogolludo brought the singer Giorgina, considered the best voice of the time. There was a theater where specially written operas were premiered. “One night at the Palacio de España included a dance party, fireworks that reached the sky, shows… It was a showcase for the promotion of the monarchy,” says the secretary. The gallant Giacomo Casanova, who was there for ten years working for Cardinal Acquaviva, praised his parties. This cardinal is responsible for the fact that, like any other Roman palace, the embassy has, in addition to a ghost, its own relics, those of the martyr Letancio, an 11-year-old boy who died during the persecutions of Emperor Commodus. Four centuries of history in the heart of Rome.