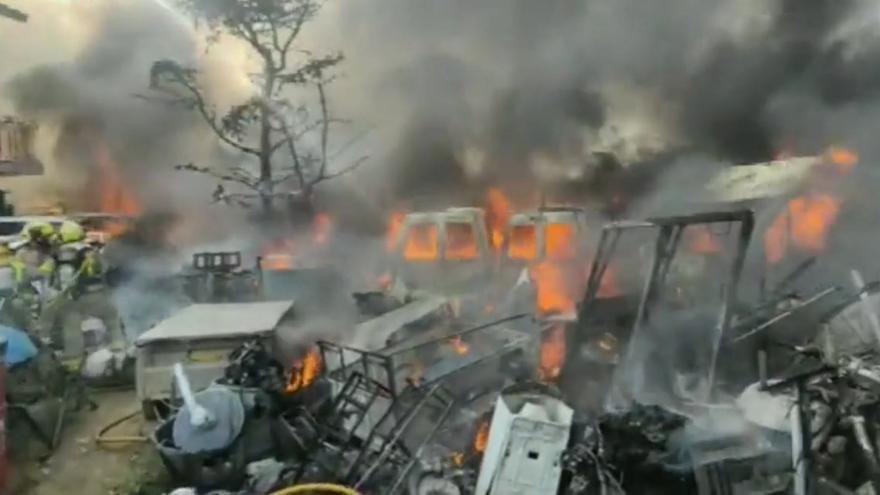 a fire in Bigues i Riells (Valles Oriental) has burned for almost two hours this Sunday morning. The fire has burned patios of nearby housesas well as thickets of this wooded area. Seven ground crews of the firefighters are still working in the area, since the fire is still burning in the patio of a house where there are six vansseveral vehicles and different materialshas informed the body.

The residents of the area have woken up with a column of black smoke and have experienced the events with concern, various testimonies have explained. The rescue teams They received the notice at 08:22 hours and 12 ground crews have moved to the site. The flames that burned the forest mass were extinguished at 9:31 a.m. and that of the vehicles was considered controlled two minutes later.

The mayor of Bigues i Riells, Joan Joseph Galianohas admitted that a emergency situation as this causes “situations of concern” among the population, although they have celebrated that it is already extinct. The mayor explained that the fire occurred in a private home, “due to a spark or the burning of materials at a time that is not relevant”, he specified in an interview on Catalunya Ràdio.