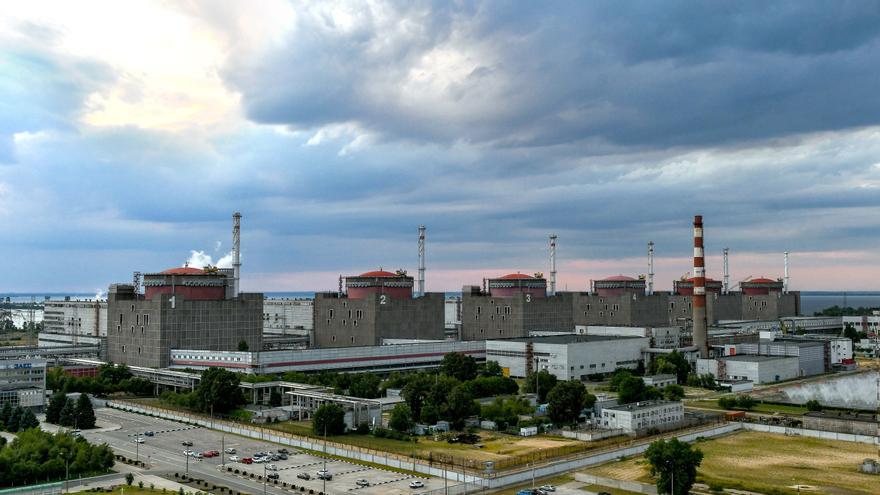 A total of 42 countries and the European Union have signed a declaration demanding the “immediate withdrawal” of the Russian troops occupying the Zaporizhia nuclear power plant in Ukraine. “The deployment of Russian military personnel and weapons in a nuclear facility is unacceptable and disregards the principles of security and safeguards of all IAEA members,” says the statement, signed among other countries by Spain, In reference to International Atomic Energy Agency.

For this reason, it calls for the “immediate withdrawal” of the Russian military forces “and any other unauthorized personnel” from the Zaporizhia plant, its immediate surroundings and from all of Ukraine so that the Ukrainian authorities “can resume their sovereign responsibilities within the borders of Ukraine recognized by the international community”. This will also enable the IAEA to carry out its verification functions in accordance with Ukraine’s obligations regarding the safe maintenance of the nuclear power plant.

The declaration is signed by the member countries of the EU and also by the United States, the United Kingdom, Norway, Australia, Japan or New Zealand.

Meanwhile, this Sunday the Ukrainian authorities have denounced new bombings in Enerhodar, near the Zaporiya nuclear power plant, and have reported a fatality. Russia has also pointed to “Ukrainian nationalists” for these bombings and has assured that there is also one dead.

The Zaporizhia nuclear power plant, the largest in Europe, has been under Russian control since March, although it is Ukrainian personnel who continue to maintain the facilities. An IAEA inspection is pending, but the UN, Russia and Ukraine have failed to agree on an agenda for the visit.

Russian diplomat Mikhail Ulianov has summoned the UN to intervene to guarantee the safety of the nuclear power plant, according to the TASS news agency. Until now, the UN has not authorized the visit of the IAEA Secretary General, Rafael Grossi, not only for security reasons but also due to disputes over his itinerary. Rossi could travel to the region via the Black Sea, to the Moscow-controlled area of ​​Crimea, which would be perceived as an affront by kyiv.

Ukraine accuses Russia of using the nuclear power plant as a bastion to fire on the towns of Nikopol and Marhanez, on the other side of the Dnipro River. Meanwhile, Russia denounces Ukrainian bombardments against the plant using drones, heavy artillery and rocket launchers.