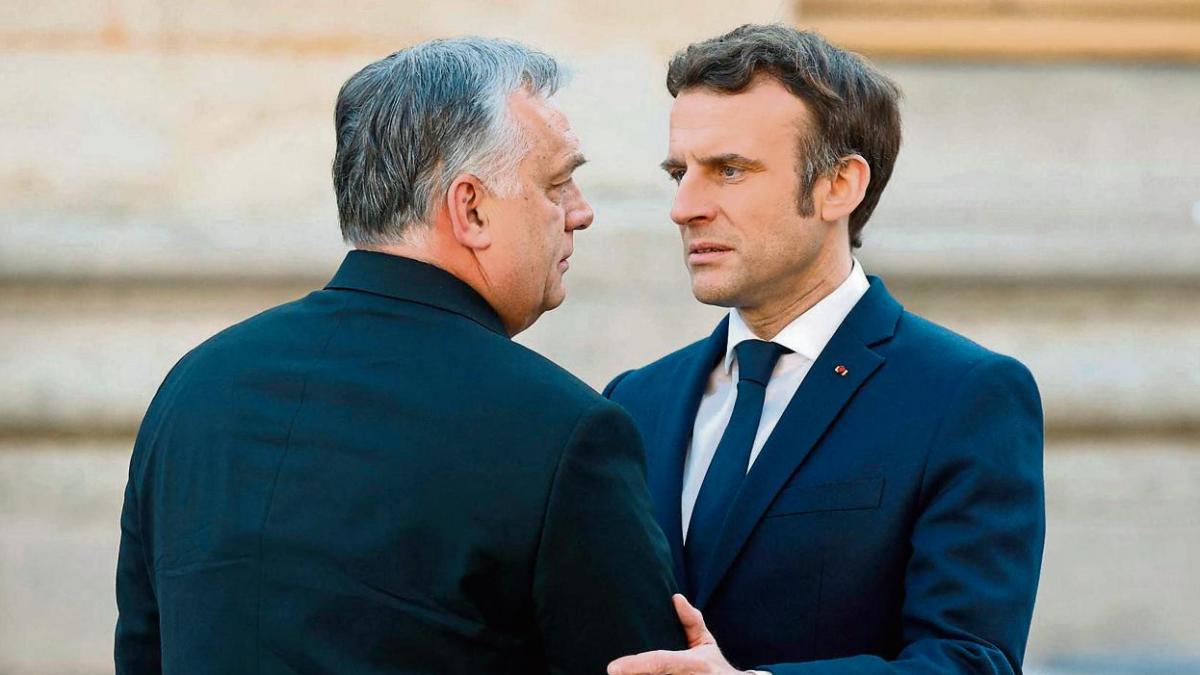 The 27 leaders of the European Union are meeting this Thursday at the Palace of Versailles, on the outskirts of Paris, to lay the foundations for a new common policy – ​​especially in defense, energy, industry and food – that responds to the circumstances arising of the “tectonic shift” caused by the Russian invasion of Ukraine.

The scene of the encounter has ambivalent historical evocations. In 1919, the lavish creation of Louis XIV, the Sun King, hosted the signing of a treaty, after World War I, which would serve as an excuse for Hitler to launch himself into the conquest of Europe in 1939. In Versailles, by the way, The first meeting between Presidents Emmanuel Macron and Vladimir Putin was held after the former arrived at the Elysee, in 2017. It seems like an eternity.

The French president talks to Putin again, but does not see a soon ceasefire feasible

The summit, which will conclude this Friday, is informal. Decisions will not be made, but priorities must be set. The Russian aggression makes it necessary to speed up measures to substantially increase the EU’s autonomous defense capacity – while keeping the link with NATO intact – which will imply greater spending, more common projects and technological investment.

In the energy field, the objectives are equally very ambitious, beginning with reducing or even eliminating dependence on Russian gas and oil, the acceleration of renewable energies and palpable progress in the interconnections of the networks of the various countries. There is a lot of pressure to establish a system that contains prices, given the economic, social and political damage of runaway inflation in this area. Pedro Sánchez has placed great emphasis on this aspect upon arriving at Versailles, recalling the urgency of decoupling the price of electricity from that of gas. Moncloa sources later indicated that progress is being made in the direction of the Spanish theses.

In the declaration that will come out of the summit, it is planned to dedicate a section to the future effort to guarantee the supply of strategic metals and to diversify the supply of semiconductors, with more own production. The EU’s strategic autonomy must also extend to artificial intelligence, 5G technology and other cutting-edge sectors. A special chapter is that of food, since the war in Russia and Ukraine brings to light the dependence on cereals.

France is pushing the discussion towards a massive new European “resilience” plan that would involve common investments – and a new mutualized debt – worth hundreds of billions of euros. It would be a replica of the recovery plan after the crisis caused by the pandemic. At the moment the consensus seems very far away and the idea does not appear this Thursday or in the draft declaration, but Paris is stubborn. If Macron is re-elected next month, he will have more authority to pressure his associates.

Always affectionate, very charmant in his role as host, Macron greeted the leaders – including many women – with kisses, hugs and caresses upon arrival at Versailles. It’s his style. But the moment is serious, perhaps the most delicate of the last eighty years. Nobody misses it. Belgian Prime Minister Alexander De Croo has said that with the Ukraine war, Europe has lost its “innocence”.

And Macron himself, who this Thursday, accompanied by Chancellor Scholz, has spoken with Putin again, has been pessimistic about a soon ceasefire. The French president has considered a truce “unrealistic in the next few hours or days” and has greatly lowered expectations about the entry of Ukraine, Moldova and Georgia into the EU, although he has stressed that they deserve a horizon, especially Ukraine, but their war situation makes it impossible to start an incorporation process.

Sánchez has reiterated that it is “an unjust, unjustified and illegal war”, and has promised that Spain will be an example in the reception of refugees.