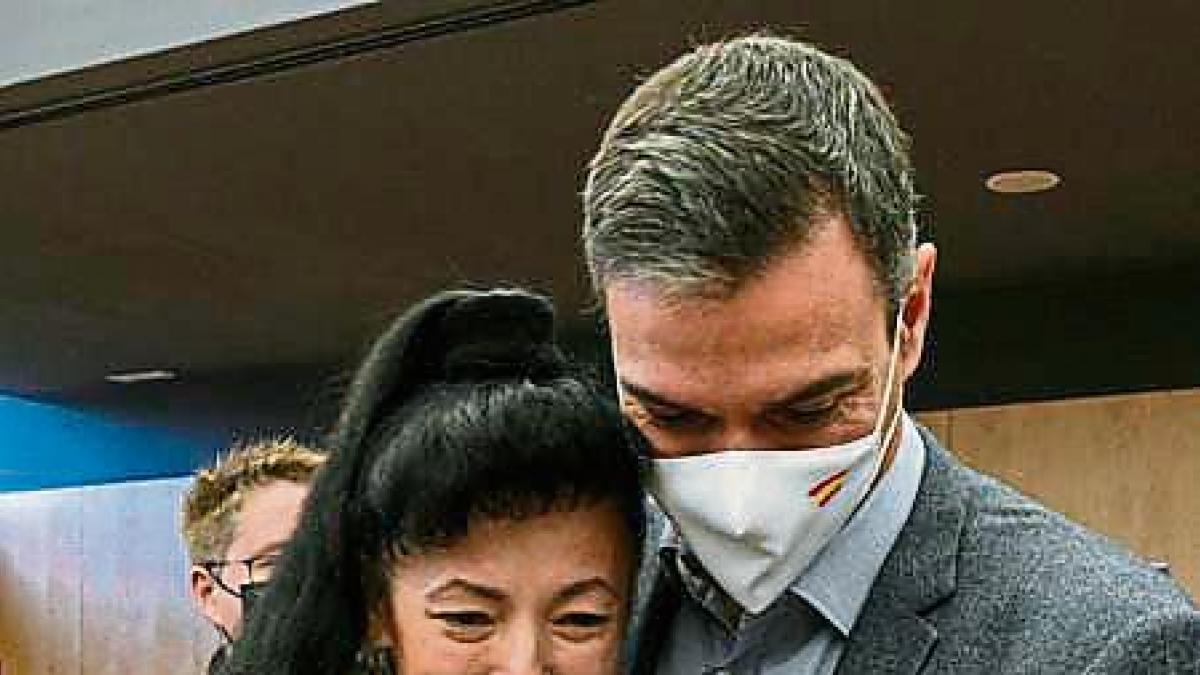 I think the word that defines political week is “fear”. Fear of not knowing how the invasion of Ukraine ends. Fear of the invasion itself, because every day is more cruel and every hour there is a war crime. Fear of the repercussions on people’s lives because it is feared that gas and fuels will cause a new recession and too many voices speak of a war economy. Fear that Russia and China, especially China, take advantage of the crisis to try to divide up the world. And a fear, I hope irrational, that an error will produce a global conflagration, which would be extermination. It is time to invoke Roosevelt’s speech that warned against the fear of fear itself.

In Spain the effects of the war are still economic, but they already point to politics. They are economic, for what has been said and because we are at a level of inflation not seen in decades and the forecasts of experts are that it reaches ten percent and lasts the entire year 2022. The difficulties of part of the population to make ends meet they enlarge and hinder the rent agreement that is beginning to be discussed. And there are entire and decisive sectors with production problems: transport, commerce, the iron and steel industry, purse-seine fishing, livestock… All this produces a wave of pessimism that spreads throughout the country to the rhythm of information and whose only hope It’s a quick end to the war.

In the middle, the internal political factor. Sánchez was forced to rectify his decision not to send military material directly to Ukraine, because the European Union understood it as a lack of commitment in the face of a collective threat. The rectification was about to blow up the Government and that starkly put on the table one of our most painful realities: a personalist foreign policy, which is not only not agreed with the opposition as in the other countries around us, it is not even shared with the members of the coalition. It is picturesque that, when it comes to collecting support, the Government finds it more easily in Ciudadanos or in the PP, despite the lack of State agreements, than in the Council of Ministers.

For this reason, when the president invokes unity, he is thinking more of his fellow ministers than of the parliamentary arch. Of course, Sánchez plays another trick, already rehearsed in the pandemic: leading the responses to the crisis to establish himself as president. As Iván Redondo already intuited, he puts on the face of a president in great difficulties. That is why he is willing to go to Latvia to a NATO base. That’s why he goes to all the European appointments. And that is why he is thinking about going back to the weekend homilies that he practiced so much in the states of alarm.

Taking care of the image of Sánchez as president and not only as a socialist leader is one of the keys to the future. Above all, because Alberto Núñez Feijóo is about to fall. And Feijóo is not Married. Feijóo already has the face of a president after his long experience in the Xunta. And that goes to the polls. In fact, some surveys already place it as preferred.

Emeritus. When they ask for explanations as Pedro Sánchez does, I inevitably remember how the Galician deputy Iglesias Corral explained a regional “coup d’état”: “it happened or what happened”. I suspect that the king will be something similar.

Cynicism. If the PSOE believes that having Vox in regional governments is a danger to democracy, it should prevent it, letting the party with the most votes govern. If he does not, it is because he is looking for something else: to have Vox govern as an electoral weapon against the PP.

Borrell. He will not be a prophet in his land. The independence movement does not forgive him for having annulled his arguments with data. But in Europe he is at the height of the great Europeanists. And he made the phrase of the war: “The Union is not going to change human rights for gas.”

Nationalists. Metroscopia’s Latest Pulse of Spain: 58% of Spaniards believe that Europe should have a greater role in the Ukraine crisis. But that percentage rises to 70% among the nationalist voters of Catalonia, Euskadi and Galicia.

Covid. On Tuesday, 284 deaths from covid in Spain. They will tell me where the optimism for the end of the pandemic comes from. But they will tell me, above all, why there is so much silence about the number of deaths. Will they already be part of the landscape?

Problems. Feijóo’s aspiration: “a match that does not cause problems for Spain”. That wouldn’t be a change; it would be a revolution.