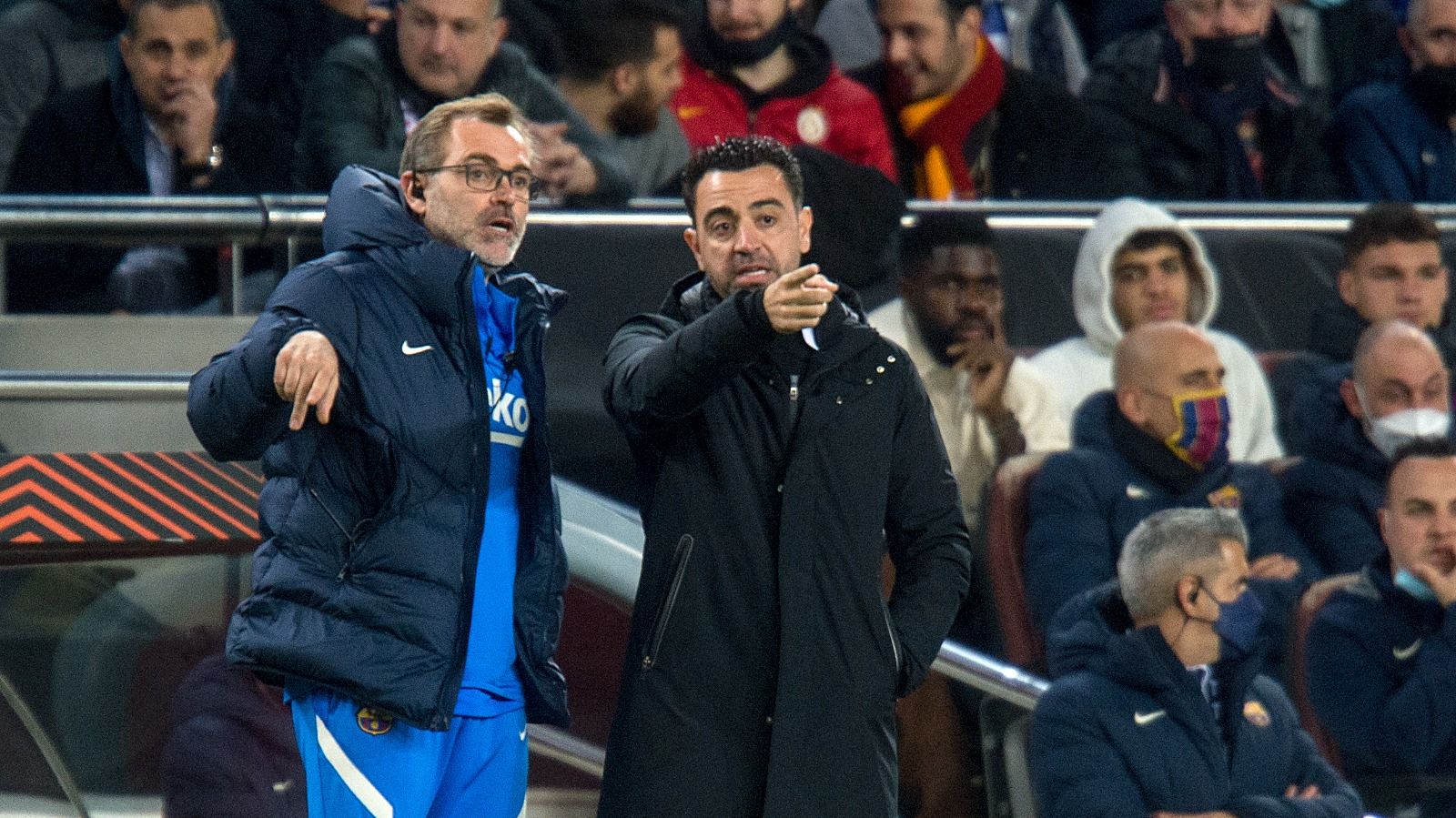 The music doesn’t sound the same. Nor is it the same. And the Camp Nou, that new energetic and singing Camp Nou, takes the Thursday nights of the Europa League as if it were the most important thing of the week. There was a time, and not so long ago, when Barça listened to the heavenly sound of the Champions League. Now, they have to settle for living in the European second division, chewing each game with infinite patience, as happened last night against Galatasaray.

Neither with substitutes nor with ‘sacred cows’

Nothing was the same in Xavi’s team either, as the coach was tired of things not working out in the first half when he rested the sacred cows: Piqué and Busquets. Even he decided to leave Aubameyang on the bench. The coach got angry because the initial plan did not work out for him. And he intervened immediately at the break with three changes. What’s more, by the time of the game Xavi had already made up to four substitutions, the most obvious proof of his discomfort with the team’s play.

Because it was a flat, insipid game (two shots in the first 45 minutes, both from Memphis), without venom or any depth. The simplest way, and almost the only one, was to give the ball to Adama so that he invented something on the right wing. Little more. And the Camp Nou was surprised at the end because thousands of Turkish fans scattered around the stands, especially in the stands, made themselves heard a lot, while Barça offered an exercise in frustration.

Two different attacks, six strikers and zero goals. I mean, nothing at all. “We were a bit lost in the pressure in the first half,” said Eric García, who at the end of the game had a relaxed chat on the Camp Nou pitch with Domènec Torrent, Guardiola’s former assistant at Barça, Bayern and City.

“We knew that they were a competitive team. But in the second half we played like the day Napoli did, but we lacked a bit of success. It was difficult to close the tie today. We are going to go with everything learning from the lesson because when you come on so good you think you win easily”, added Eric assuming that the team did not have the hegemony of the game.

Barça shot a lot, “but they didn’t have so many clear chances either”, as Jordi Cruyff, the future technical secretary of Barcelona, ​​recalled. “We have lacked to connect more the game”, recognized the Barcelona executive. “Iniesta? I try to avoid that. I still have a lot to improve and learn from those who have been here the longest like Busi, who is a crack”, confessed Pedri, hurt since Barça did not have the government of the night at any time European.

“We needed to be less thick and attack better. We played a game to win it. When you lower the intensity, everything evens out and, furthermore, Iñaki has been spectacular. It’s a zero fight like the day against Napoli”

“This is Europe, it’s difficult and complicated. There’s nothing won or nothing lost”, said Xavi, who indicated that the team “was well positioned”, but lacked clarity. “We needed to be less thick and attack better. We played a game to win it. When you lower the intensity, everything evens out and, furthermore, Iñaki has been spectacular. It’s a zero fight like the day against Napoli, we have to go to win,” he said the technician, hurt by those few lights above.